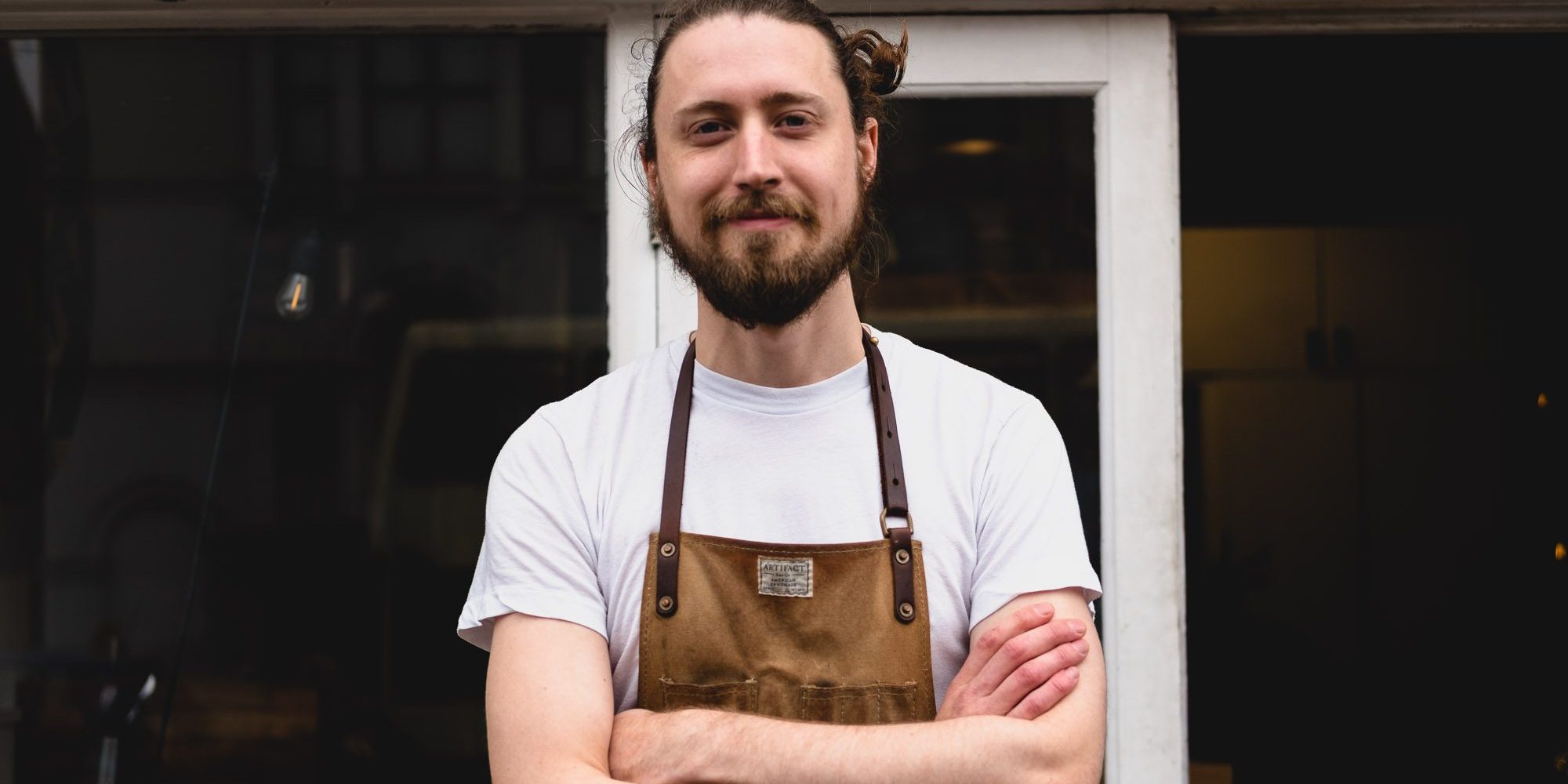 Hi Chris, can you tell us about your background in coffee?

I started making coffee in 2008, working in a few cafes who didn’t really know what they were doing in terms of espresso. I had been making coffee for a few years before I could even pour latte art, let alone knowing what under-extraction meant! But then, sometime in 2012, I started working in Coffee at 33 and under the awesome guidance of Taras and Ame learnt what working in a cafe is about!

When did you set up Bond St. Coffee and what led to its creation?

I hit a strange place in my life around 2014 when I was juggling part time in Coffee at 33, part time roasting at Horsham Coffee Roasters, DJ’ing two nights a week, and trying to be in a band. The boys eventually found a more dedicated replacement for my role at 33, which was the kick I needed to realise I should stop juggling so many things and focus on one of them, which led to me and the team at Horsham opening Bond St. Coffee.

Bond St.’s ethos is more quality-driven than many other shops in the city, was that a conscious decision when you started, and how has that developed over time?

Absolutely, I was going to visit cafes in London, like Prufrock and the old Clerkenwell Workshop, and being blown away by their attention to detail. They weighed every shot in and out, everything was timed and the service was impeccable. These are all standard practices now but in 2014 it wasn’t the case. Back when I worked in 33 we only occasionally weighed and it was all about feel and experience. So when I set up Bond St. my only goal was quality. I didn’t have money for a big refurb, the shop is shaggy around the edges and the vintage furniture was as much for cost saving as it was style, and what little money we had we spent on our Synesso, which meant we had a great team of baristas with a quality focus.

What is your current role and what are your responsibilities when it comes to Bond St?

I’ve recently been back helping set up their bakery. Loz (Goozee) is now baking fresh banana breads and muffins in the shop, so I’ve spent a lot of time on that. But really I do very little in Bond St. these days, except get in the way! We have a fantastic shop manager and team of awesome coffee nerds. I usually only get calls if something breaks!

So, you started up Bond St. and then decided to open Brewed, a separate shop that serves incredible coffee as well. What was the thinking with this second shop?

It definitely wasn’t about quality. Me and Tom met working at 33 and often talked about our dream shop and in early 2016 an opportunity came up to start it! Again, we threw ourselves at a space with very little start up money. We had often talked about our own brewery/roastery, but with next to no money we decided to start with a cafe and go from there!

You’ve now begun roasting with Brewed. What has been the reception?

The plan has always been for us to roast our own, but we weren’t going to start till much later down the line! However, we were approached by Pharmacie who have opened up some spaces to slot roast at their site and the opportunity was too good to miss!

What’s your personal ethos when it comes to making and serving coffee?

I feel like it changes every other day! Sometimes I feel like precision and consistency is the most important thing, then other days I revert back to 33’s passion and knowledge. 1g over on your yield changes the flavour of your coffee dramatically, but where is the fun in consistency?! If you’re a good barista, a slight change to the recipe won’t make your coffee bad to a customer. Making them wait while you pull five wasted shots? Come on, serve it already, you’re not in a training room.

You’ve been in and around the Brighton coffee scene for a long time now, how has it changed during that time?

It’s pretty saturated these days. Just before I got a job at 33 I was about ready to stop working in cafes but remember saying “If I get another coffee job, it would have to be in a really good shop” and back in 2012 there were only three places I would have worked. 33, Marwoods, and Small Batch. Today, I could pop into somewhere on most roads in the Lanes and get a good enough espresso. I’d name names, but I’d be devastated if I accidentally missed someone off my list of good cafes, but there are so many now!

What direction do you see the Brighton coffee scene heading in?

I’m bored of seeing cafes opening with money. I’ve opened two cafes now and am constantly struggling to pay my bills, and from talking to my favourite cafes we are all in a similar boat. But there are cafes opening with all the toys and equipment and I can’t compete with their designs, however, I feel that most people in the world do care more about their Instagram feed then what’s in the cup. It would be nice to see some more baristas opening their own quality-focussed spaces! Me and Tom opened a cafe with £6k, you can do it too!

If money was no object, what one piece of coffee equipment would you buy and why?

There are lots of big shiny machines out there, but I really want to play with a DE1+. And a plastic V60 is still my preferred brew method, £4.

Where can people find you?

I’m on the bar at Brewed more or less full time at the moment!