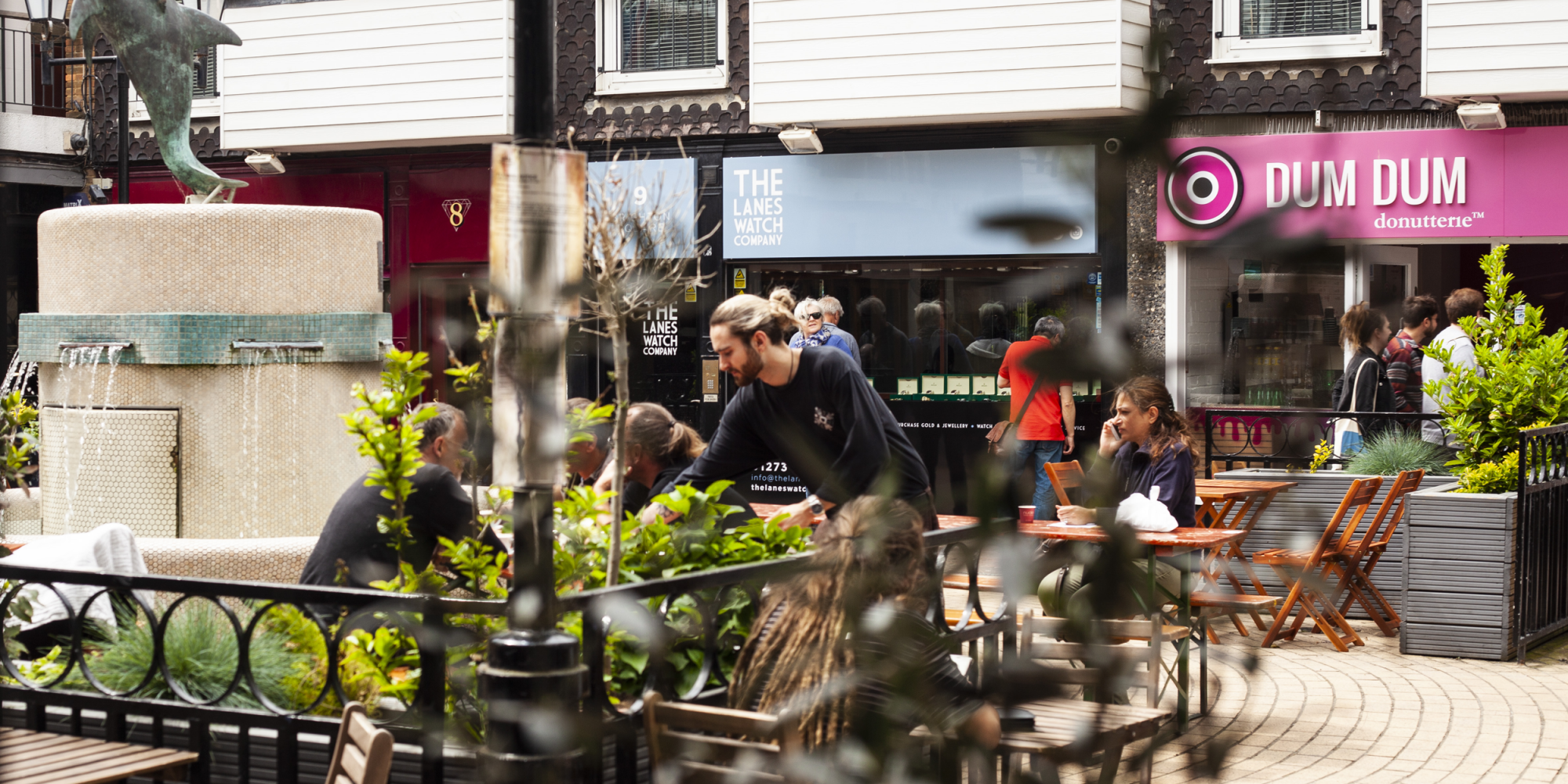 From the food to the design, The Plant Room is a celebration of all things plant-based. We wanted to find out the inspiration behind this, so talked to the owners, managers, and chefs across the many stores in order to delve a little deeper into The Plant Room’s philosophy.

The link between a cafe and its food is clear, with the menu on offer often reflecting the tastes of the surrounding area. With Brighton being home to a much higher number of vegetarians and vegans than the national average, many establishments offer meat and dairy free alternatives.

The Plant Room, though, is head and shoulders above the competition with its plant-based offerings. Nearly every single item on the menu is vegan, with the few that aren’t being vegetarian.

The relationship between the name, the food they serve, and the plants adorning the walls is an obvious one, but it shows a clear philosophy behind the decision making process. The design of the stores is both cooly minimalist and inviting. We spoke to owner Alexx, and he said:

“Design has always been key to what we do at TPR, and when approaching the decor we were keen to avoid the ‘industrial, shabby chic’ stereotype of so many speciality shops. I’m strongly influenced by the clean yet organic forms found in Danish design.”

Established in 2016(?), The Plant Room now has multiple stores across Brighton and Hove, with a new focus on food coinciding with the opening of The Plant Room Deli on London Road. The food has gone from strength to strength over the last year, and really become the star of the show.

From the new additions of a warming homemade soup of the day and deliciously comforting Celeriac Mac and Cheese, to the range of cakes and brownies, everything tastes great. The food isn’t just great for vegan food, it’s just great food. “The Plant Room opened as a vegetarian coffee shop which is something we’ve always stuck to…but if we can make something vegan without affecting the taste we will do.”

The original store, at Brighton Square, has undergone radical transformations since its original opening in 2016(?). “ The first Plant Room grew out of, and eventually took over from, our homeware shop. After becoming the star of the show at Brighton Square we decided to pivot further into the coffee world and within a year we’d grown popular enough to open a second location on Boundary Road, with the Deli following soon after that.”

The most recent change is the introduction of a fully working kitchen to coincide with a fresh new seasonal menu. Their Head Chef said: “We like to move with the seasons and whatever veg is in the limelight at that time. As for coming up with a menu it’s really all about what we love eating and passion for new dishes.”

This new menu will be available in each location, with the specific stores having their own specials. The Plant Room have also branched outside of their own venues, offering a private catering service to events and parties, as well as supplying their food to other establishments.

We’re excited to see what the future holds for The Plant Room and their new direction. “With kitchens at the Deli and Brighton square, and soon at Boundary Road Hove too, we believe we offer something unique and special that showcases the best of Brighton food and drink in a calming and cool environment. Because of this we see our future filled with even more fantastic espresso, tasty and ethical food and who knows, maybe another location or two?” Whatever the future holds, it’s clear that the combination of great food and coffee at The Plant Room is here to stay.